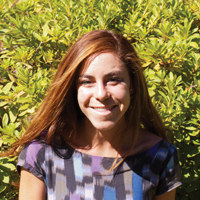 World-class American distance runner Kara Goucher doesn’t describe the best run of her life as her bronze medal run at the 2007 World Championships, or any of her blistering personal record times. Instead, she says it was the first run after her pregnancy.

How do I know? I get the inside scoop twice a month from her blog.
As a budding public relations student, it has been drilled into my head that it’s imperative I create an online presence through several active social media accounts.
Turns out, the same is true for professional athletes, with blogs in particular. Michael Phelps  and Lance Armstrong  are just a couple elite athletes who have blogged. The instant and personal connection humanizes them and makes them more than just their athletic accomplishments. Professional athletes are real people, too!
Training
The straight facts of training for professional athletes alone are impressive.
Every once in a while, Goucher  will include some of her times during workouts or volume of miles that she throws down on any given week, and they never fail to amaze me. It’s exciting to get an inside view into how these elite athletes train and prepare for big-stage competition — and sometimes makes me dream a little, too.
Personal life
It’s easy enough for fans to get ahold of competition results, but actually knowing the athlete beyond these hard facts is what often solidifies a following.
For example, Goucher had a baby this past September and blogged her way through the entire pregnancy. It was amusing to hear about personal bits like her indulgences and daily ups and downs.
And when the big day finally came? She shared…with pictures.
Inspiration
Why do we love professional athletes in the first place? They’re amazing at what they do, sure, but what’s really impressive is that they’re amazing and they’re actual human beings. Sometimes it can be easy to view them as specimens instead of actual people.
One of the posts I found most touching Goucher included in her blog was about someone who inspired her. It’s refreshing to see that even world-class athletes can be moved by the triumphs of others.
When you realize that they’re not superhuman and have their own struggles, their accomplishments are all the more astounding.