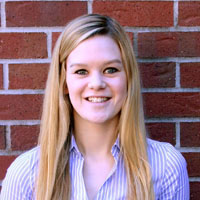 Social media has opened a hundred doors for many aspects of our life, but a very important other aspect is being slowly shut down in the process—people skills.

As current job seekers, Facebook, Twitter and other sites such as LinkedIn allow for almost effortless networking.

After ridding your account of any unfavorable posts or pictures, the right friend requests can make Facebook an ideal professional networking tool. Employers can see a list of past employers, contact information, personal information, as well as a sliver of your personality. LinkedIn can pretty much serve the same purposes without the risk of being tagged in a less-than-professional photo. Following the right employers on Twitter can keep you updated on their business, up to 140 characters at a time.

While these features of the social networking world seem to simplify the networking and job hunting process, there’s nothing like a good old-fashioned sit down interview to really get your personality across to a future employer—something that could be written off simply because they weren’t impressed enough by your latest tweet.

In the realm of networking, walking up to a reporter at Journalism Day, holding a conversation, expressing interest in his or her newspaper and asking for a card gives much more of an impact than suddenly becoming one of 300 “followers.”
Social networking has wreaked its fair share of havoc on personal relationships, as well.
When a guy my friend met this weekend “friended” her on Facebook, she said to me, “I feel like I should write ‘Well helloooo there’ on his wall or something. I mean I should acknowledge that we’re friends now, right?”
She settled with “liking” his profile picture.
That got me to thinking—what was the point of his add? He wasn’t even from town. They chatted for 10 minutes at a mutual friend’s party, she has a memorable last name so he found her. She doesn’t care where his life is going, and I would guess that he feels the same way. Before Facebook, if they had wanted to continue their friendship, he would have called her on the phone and she wouldn’t have thought twice about how to “acknowledge” their friendship. Before Facebook, they wouldn’t have considered each other friends, but now, Facebook-officially, they are.
This works the opposite way too. A close friend and I got in a fight around Valentine’s Day. Small things were blown out of proportion on both ends, and I figured it would blow over in a couple of days. No—in a couple of days, we were no longer friends on Facebook. That unfriending was suddenly loud and clear—virtually and in real-life.

I’m certainly guilty of getting caught up in the Facebook phenomenon, and about 10 minutes ago I started to vamp up my Twitter page. I would much rather write a wall post to a friend than talk to them on the phone. Recently though, my pre-Facebook self is itching for some human interaction.