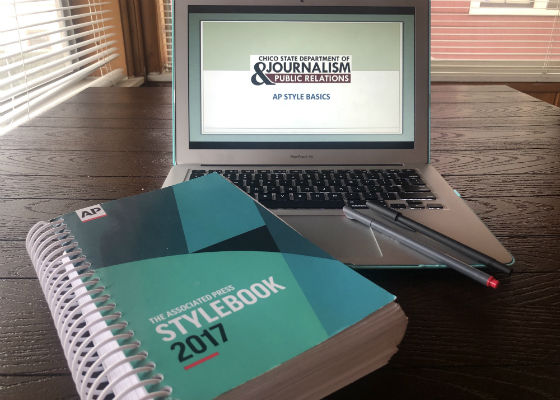 Before being introduced to AP Style writing, I was unaware of all the mistakes I was making in my work. Taking a copy editing class and learning about editing marks and grammar rules has really changed the way I take my time to write a good quality piece. By learning the ways of the AP Style guide, I have gained more confidence in my professional writing.

Here are a few AP Style tips that I find useful that I think everyone should know:

People have the habit of adding st, nd, rd or th to the end of their dates. However, dates should be written in figures only. For example: September 25.

Numbers can be tricky because there are multiple rules for the use of numbers. Here are the most commonly broken rules that I see:

Writing a lot of articles about people and their positions have led me to not make the mistake of miswriting their job title. I see many people get confused as to whether they are supposed to capitalize a title or not and that is one of the most common mistakes I see in people’s writing.

These tips have improved my writing tremendously and they are now permanent in my brain so I don’t make these common mistakes. Working with the AP Stylebook has helped me as a writer and editor. If you haven’t opened up an AP Stylebook, I suggest you do. It will help avoid common writing mistakes and your peers will think your writing is very professional.