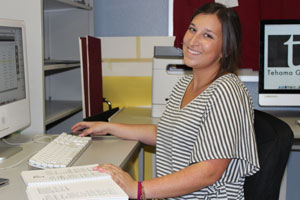 There are few things in my life that come close to matching the love I have for music. Film is one of those things that come close, and I think the two go hand in hand.

The thing that I love most about music is its ability to have a real emotional impact on people; there are songs that take me right back to certain memories and remind of people, places and events. Since music can have such a lasting effect, the songs that make up a movie soundtrack, in my opinion, are just as important as the movie itself.

Music supervisors can really influence viewers and prompt certain reactions by having the right music play during the right scene. A great soundtrack definitely doesn’t go unnoticed by viewers and can sometimes generate more popularity for a film. Soundtracks have now evolved even more with different artists and groups creating original songs for movies. Some examples are movies like “The Hunger Games” and “Twilight” which garnered their own popularity and stayed at the top of the charts on iTunes before the movies were even released.
Whether it’s a musical score or a compilation of different songs, some film music becomes iconic and is recognizable around the world and across generations.
Here are some examples of well-received soundtracks and well-known composers.