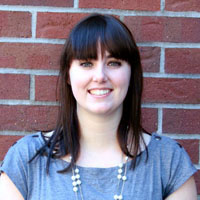 Sometimes you run before you learn to walk.

For the last five and a half years I’ve been practicing public relations and I didn’t even know it.

I’ve been doing PR for the job I’ve had since I was sixteen. Ever since I could bear that worker’s permit, I’ve laboriously dedicated my life to working for Plato’s Closet in Pleasanton, Calif.

Plato’s Closet sells gently used teen and young adult clothing and accessories. It focuses on current trends and tries to mirror the styles that are going on in the malls right now. This isn’t a normal retail store where there are duplicates of every item.

The entire inventory is comprised customers selling their items back for 30 percent of what they originally paid. It’s kind of like consignment, except the store pays its customers right on the spot. No need to wait for items to sell since everything is cash up front.

The longer I stayed with the company the more my eagerness grew for the store to profit. Soon enough, Plato’s Closet became my home away from home. I constantly came up with new ideas to inspire more customers to visit frequently.

I tried everything from word-of-mouth promotion to redoing displays. My heart raced every time the store manager had a new project for me that he knew I could accomplish.

I even headed our mall program, which highlighted creating a working relationship between the store and mall employees. Since mall employees need to purchase new clothing frequently, the mall program encouraged them to bring their gently used, barely-worn clothing to Plato’s Closet.

My recent endeavors include helping make Plato’s Closet more visible in the community.  In July 2010, Plato’s Closet participated in Relay for Life.  As the multimedia guru I am, I documented Plato’s efforts in giving back to the community and helping those battling cancer.
Video

Even though I now only work for Plato’s Closet on my breaks home from school, I’m constantly thinking about the store and what I can do next. It wasn’t until I attended Chico State that I realized I was practicing public relations on a small scale.

See, even this blog post is a little PR for Plato’s Closet.

6 Replies to “PR for Plato’s Closet”