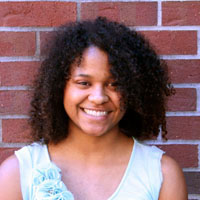 By Skylar Young, Account Executive
Let me just put this out there: I absolutely love Beyoncé Giselle Knowles. Over the years I have come up with some very creative nicknames for her, like Queenoncé, Beysus and the Queen. She has been my idol since I was 9 years old; she has helped me become comfortable in my own beautiful, black skin. She is and forever will be one of the greatest influences in my life.
For the past few years I have read a lot of criticism about how Beyoncé is portrayed in the media. In 2008, there was uproar of her face appearing to be whiter in a L’Oreal ad. Her skin color, hair type and nose all seemed to resemble that of a white woman. After this incident, the African American community was very upset that Beyoncé was denying her heritage. People should know that Beyoncé is light-skinned to begin with, and this does not make her any less black.

Compare this to another Beyoncé ad that was featured in L’Officiel Paris this March where she is wearing a black face. Inspired by the musician-activist Fela Kuti, Beyoncé agreed to darken her face with makeup and celebrate her roots as an African American woman, according to E! Online. This “black face” made headline news and many critics said it was a racist act and degrading to people of darker skin around the world.

Our society should stop obsessing over how white or black Beyoncé is and put our energy focusing on who she is as a human being. Why does race have to define a person? Although Beyoncé has helped me accept my skin color, she has also shown me the importance of being an independent woman, how I can survive anything that comes my way and to enjoy life by dancing in my freakum dress. So let’s give it up to the Queen and say her name, say her name.
Photo sources:Beyonceworld.net, www.thefrisky.com