Why do we love to hate The Chainsmokers, or hate to love them? It’s a constant battle between the two, but we still can’t stop listening.

The Chainsmokers are an American DJ duo consisting of Drew Taggart and Alex Pall. They formed in 2012, but Pall wasn’t in the group yet. At that time, it was Taggart and another producer named Rhett Bixler.

The Chainsmokers may not know this, but they are successful public relations professionals. PR often entails social media and press releases; however, this DJ duo uses their music equation as their own personal form of PR.

A commonly heard complaint about these artists is that all of their songs sound the same.

Here’s the catch–they do that on purpose. Let’s dive deeper.

The Chainsmokers’ first ever live performance and popularity breakthrough was with their ever-so-trendy (and ever-so-hated-on) single, #Selfie, released in 2013. #Selfie reached top hit charts internationally. The beat is catchy and words are fun to mock, think: Friday.

From this point forward, The Chainsmokers’ hits have gotten increasingly popular. The most crowd-pleasing include: Closer, Don’t Let Me Down, Something Just Like This and Paris.

Although the most popularly used beats per minute for top hits is 120 BPM, all of these tracks are within a slower range of 80-100 BPM. The Chainsmokers chose a beat that matches our resting heart rates, making the songs easy to listen to.

We sing along with the vocals effortlessly. This is because they commonly consist of a small variation of notes that are within our mid-range, or natural speaking pitch.

The lyrics are simple and to-the-point with minimal need for imagination. We don’t need to wonder what he means when he says, “Baby pull me closer in the back seat of your Rover.” The picture is crystal clear. Our brains fully grasp what is going on in the song; we learn the lyrics quickly.

Lastly, The Chainsmokers follow something called a simple verse-chorus form. The verses and choruses use the same tempo and notes. This makes the songs satisfying and pleasing to the ear. By the time the drop comes, you’ve already heard those notes- in that order. But this time, it’s just done with a synthesizer instead of vocals. Our brains love patterns, and we can hear them time and time again in The Chainsmokers’ music.

By combining a soothing beat, simple melodies that are easy to sing and a satisfying song form, The Chainsmokers have roped us in without us even realizing.

As musicians or PR professionals, it is important to take note of the tactics The Chainsmokers use to ensure their optimum success. By using their crafted equation, they are able to keep listeners tuned in.

Are The Chainsmokers musical sellouts or simply clever public relations practitioners? That’s up to you to decide. 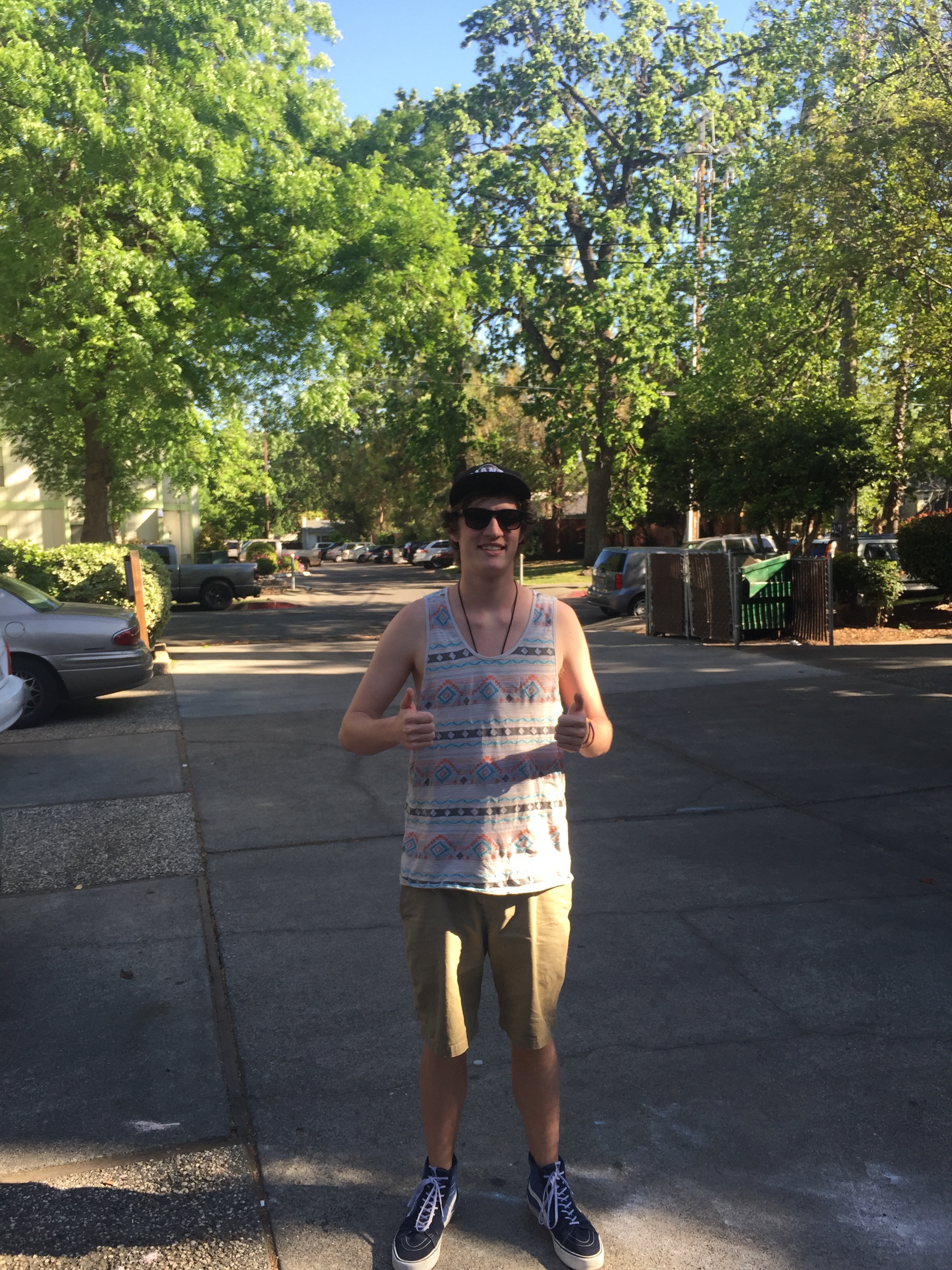 If you ask me why my bank account is so low, it is probably because all my money is spent on music festivals. Ever since I came to college, I have been trying my best to attend all the festivals I possibly can on the West Coast. My festival map starts in Southern California for HARD Summer and Beyond Wonderland, and ends all the way up in Washington for Paradiso. My next goal is to go to a festival somewhere on the East Coast, or even one outside of the U.S.

No matter the type of festival, there are five things I believe are essential items that will make your experience that much better. 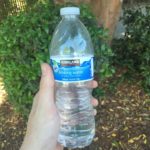 One of the most important things when attending a festival is to stay hydrated. While not many festivals allow you to bring your own water bottle in, most allow Camelbaks and have water refill stations inside. This way, even if you do not own a Camelbak, you can purchase a water bottle inside and go back to the refill station for more. 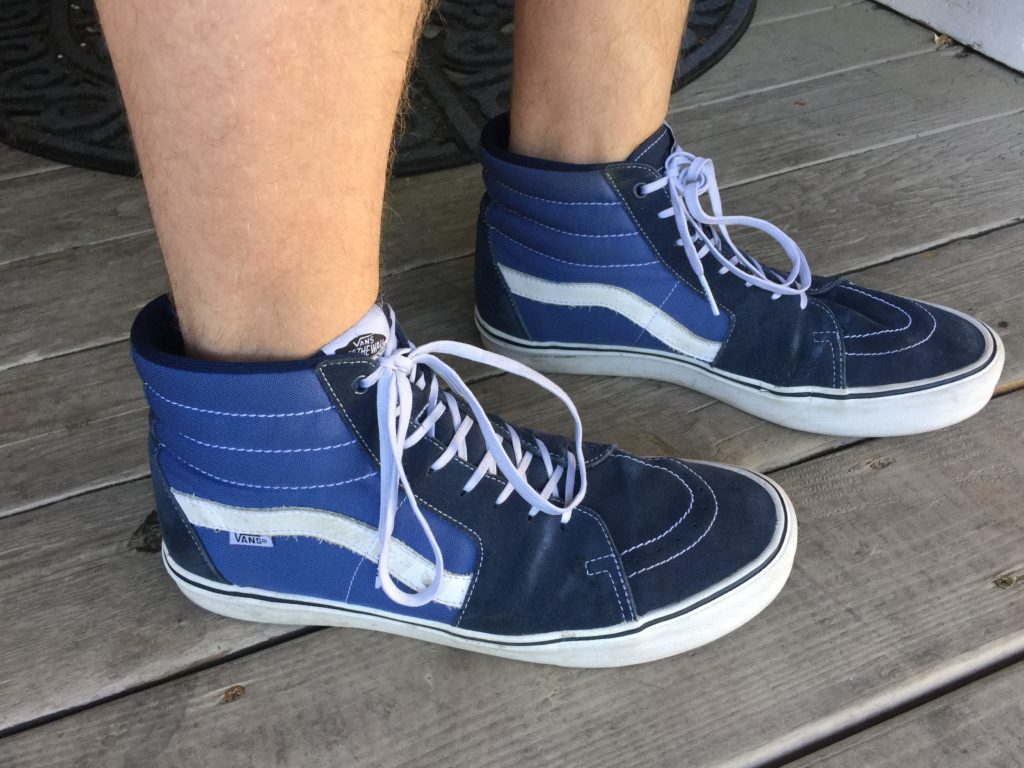 I cannot stress how important comfortable shoes are at a festival. You are most likely going to be on your feet anywhere between six and 12 hours dancing and walking from stage to stage. My choice of shoes are my high-top Vans, they give me plenty of ankle support and are lightweight, making them easy to wear throughout the day. 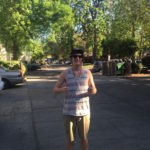 Wearing weather appropriate clothes is an absolute must. I’ve attended festivals with varying temperatures, from 100 degrees at HARD Summer in LA, to 5 degrees, at SnowGlobe in South Lake Tahoe. It is important to wear weather appropriate attire because it will not only make you more comfortable, but also makes sure you won’t be risking your health. 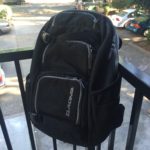 When you are running around a festival, keeping track of your phone, wallet, keys, ID and anything else you brought can be a hassle. Carrying all that in your pockets often leads to it all falling out, so you need something that is going to keep it all together. A backpack, fanny pack or a drawstring bag works perfectly. Take note that some festivals don’t allow large backpacks like the one shown in the picture, so a smaller option is always safest. 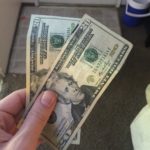 Last, but not least, make sure to bring cash. Cash is always great to have on you in case of emergencies. Festivals will usually have food vendors and always sell water, so in case you are in need of some extra energy you can go buy something. Cash is also great to buy merchandise or any other cool things for sale at the festival.

I hope you take my suggestions into account the next time you attend a festival. They will  make your life that much easier. If you want to find me at an upcoming festival, catch me at Northern Nights in July!

Here are some tips on how to prepare for a music festival. If not well prepared, odds are you’ll still have a good time. If well prepared and you put in some effort to plan your adventure ahead of time, you’re destined to have an amazing experience!

Plan ahead and be frugal.

Use websites like www.kayal.com or www.priceline.com to compare hundreds of travel sites at once.  On websites like these you can compare rates on hotels, flights, cars, vacation packages and various other deals.

Who to go with?

Make sure you have a good group of friends to travel with.

The wrong crew can really mess up the vibe of your trip. Make sure you plan your trip with a group of people that can go with the flow. Attending a music festival is supposed to be a fun and stress-free experience, so really take into consideration who you want by your side.

Figure out which of your friends has the most fuel-efficient car.

This is a vital part of your trip. The expenses are bound to add up, so you should plan ahead and save money where you can. Depending on the location of the music festival and whether or not you will need to stop numerous times for gas, use a phone application called GasBuddy or visit www.gasbuddy.com to compare gas prices near you. The app compares the surrounding gas stations to your location to find you the best deal.

It’s essential that you make a killer playlist for your car ride and re-listen to songs you think are likely to be played at the festival. This way the experience is more enjoyable and you can embrace every moment and easily sing along!

Depending on the theme of your festival and the genre of music, outfits will range across the board. For country music festivals cowboy boots, hats, flannels, sundresses, jean shorts and things of that nature are normally acceptable. For EDM and rave festivals, more colorful and flashy bedazzled outfits are generally worn. Girls often make these outfits themselves with flowers, jewels, glow sticks, ect. More elaborate outfits can be purchased and even rented for special events from sites such as http://raecostumes.com.

Regarding skin protection and makeup, musical festivals generally run for long hours from early in the morning until late at night. Everyone should be sure to wear lots of sunscreen! Ladies should invest in some tinted moisturizer and waterproof mascara so that they don’t have to reapply their makeup throughout the day. There are also makeup sprays that can be applied that “set” your makeup to stay for long hours such as Urban Decay’s All Nighter Long-Lasting Makeup Setting Spray, which is available at Sephora.

Taking just a few of these tips into consideration will be sure to enhance your experience and enable you to have an even better time at a music festival!

Visit Buzzfeed for a few additional tips and a laugh!

Many of my fondest memories were made at various music festivals and concerts. I’ve experienced a wide array of concert-going events and my friends often ask me to take them to their first big show because I “know the ropes.” Since I’ve introduced several friends to the wonderland of large-scale music events, such as Electric Daisy Carnival and Vans Warped Tour, I know my list of concert do’s and don’ts by heart.

Whether the show features rockin’ bands, upbeat electronic DJs, relaxed reggae or all of the above — it is always important be aware of yourself, your friends and your surroundings. Although the overall experience typically differs by show or music genre, a majority of my concert safety tips remain the same.