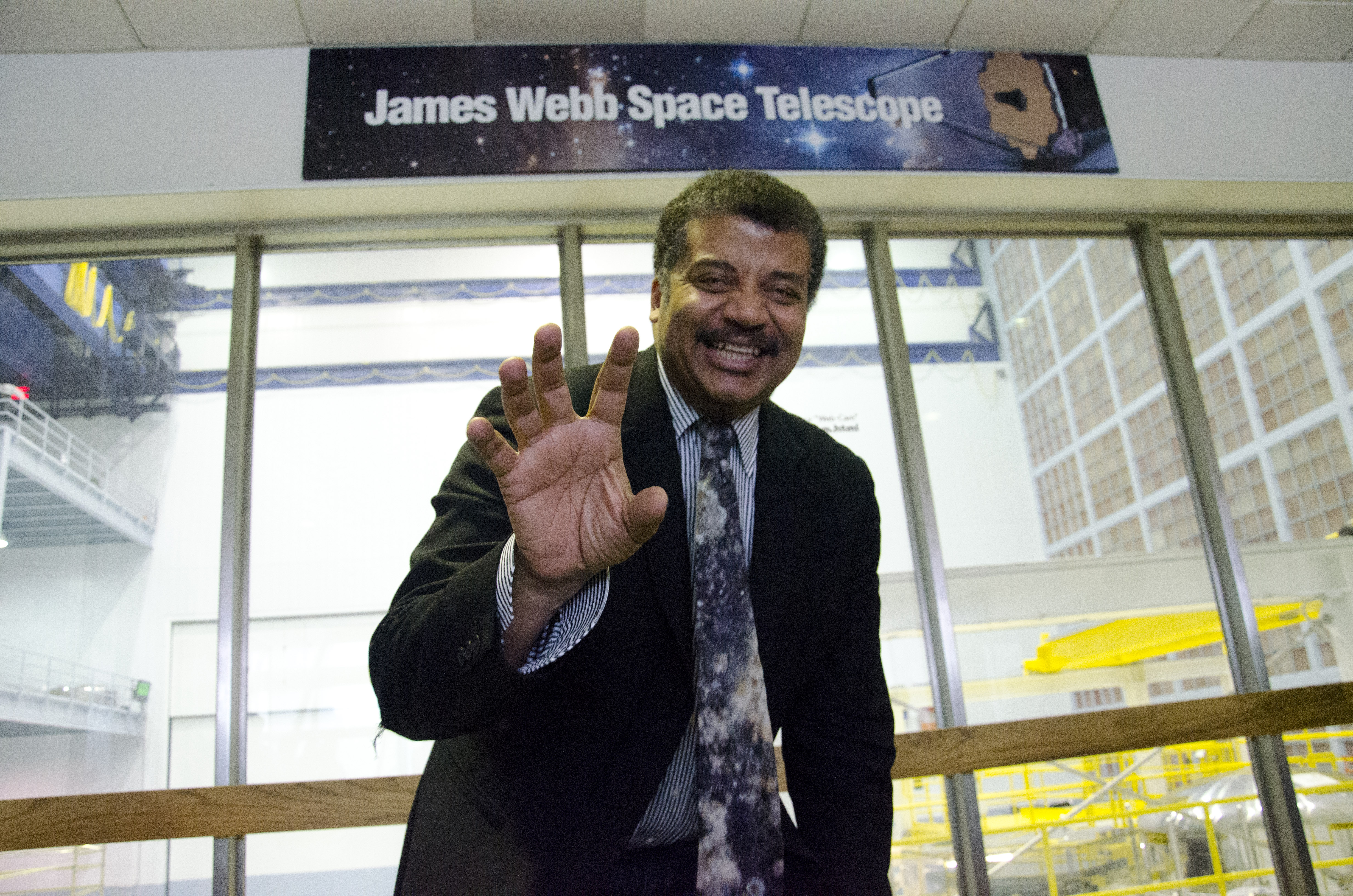 Neil deGrasse Tyson is an astrophysicist that has been dedicated to science education and helping people understand his field of study. He has been in the public spotlight for decades, and he has been on television since 1989.  Since then, he has become well known through his television shows like StarTalk. He has also appeared on many talk shows and podcasts like “The Tonight Show” and “The Joe Rogan Experience.”

It is through these talk show appearances that I first became a fan of his.  At first, I was captured by his low baritone voice. There was something about it that was easy to listen to. I also found it easy to understand and pay attention to what he was saying.

I became a fan before I started to study communications. Now as I’m studying the subject, it is clear to me that he is great at communicating. Using Hubell Communications article “ 6 traits and tactics of a spokesperson“ explores the top three ways that he gets the everyday person interested in the science of space.

His master’s in astronomy takes care of the knowledgeable part. More importantly, Tyson strives to keep his language conversational and easy to understand.  Notice in the the following clip how well he tells the story of his first time on television.

He makes sure to define terms like plasma.  He describes in understandable terms what an explosion on the sun means.  He explains such terms all the while taking you back to the place and time of his story. He brings in the audience with little details like how he had to change quickly before the appearance.

2. Be available and open

Tyson’s willingness to appear on different kinds of shows illustrates how approachable he wants science to be.  As would be expected, he often speaks to students like in the previous clip. He is also willing to talk to more general audiences like those he reaches on Stephen Colbert’s late-night show. On Colbert’s show, he successfully fights the stereotype of the stuffy scientist. He takes a jovial approach, telling jokes and wearing loud clothes.

His appearance on “Hot Ones” has been watched over nine million times. On “Hot Ones” the interview is conducted while the subject eats steadily spicier foods.  Other scientists in his field may feel that such an interview is beneath them, but since he is willing to do a goofy show like “Hot Ones” he has reached many people he may not have. In between bites of food, he still communicates his excitement towards astronomy and the need to fund space exploration.

This is where Tyson excels. His infectious enthusiasm for his subject is shown in many different ways.  On video you can see him look in wonder and hear his voice rise up and down with amazement. He doesn’t stand still while he is explaining a concept. He uses his arms and his eyes.  He does all these things to show how much he loves what he studies. I find it very easy to imagine him acting this way when the cameras are off just talking to fellow colleagues. His appearances never feels like a faked performance. It feels like an actual part of himself.

I think that is the top of what you can achieve as a communicator. In this clip, host Stephen Colbert knows he only has to ask what in science Tyson is interested in to create a engaging moment. Tyson then takes Colbert’s audience on a journey that touches on scientific concepts like dark matter and reflections on the nature of human knowledge. In a short three minutes Tyson shows how he takes his excitement and makes you feel what he feels about science.

The Mystery That Keeps Neil deGrasse Tyson Up At Night

There’s one terrifying mystery of the universe that astrophysicist and ‘Astrophysics for People in a Hurry’ author Neil deGrasse Tyson loses sleep over.Subsc…

With these three traits, Tyson overcame a major challenge that faces many public relations professionals. Often, the subject that a public relations person must tell the public about is a subject that is obscure and boring at first glance.  A common question is how do I make this interesting? Astrophysics is a prime example of such a subject. Through his enthusiasm, his clear, easy to understand communication and his willingness to participate, Tyson makes the subject fun and interesting. He turns  a subject dense with science and math into a subject an audience can understand and want to learn more about.