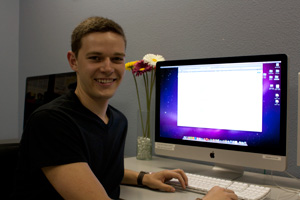 By Christopher Tavolazzi, Editorial Assisstant
I recently got in a high volume debate with my roommates over the new Windows
8. If you haven’t seen it yet, the new operating system throws out the standard
folders and drop-down menus in favor of colored tiles as its main form of navigation.
It’s weird, and the entire OS is designed for touch screens.
I told my roommates that I think Microsoft is using Windows 8 as a ploy to get
people to buy more Microsoft stuff. I believe they will drop support for older
operating systems like Vista and 7 very soon, and force people to either move to the
new or get left behind. My roommates disagreed, asserting instead that Microsoft is
spearheading innovation in an industry that needs it.
While we won’t know who’s right for a few more years, one thing is true–tech
companies have been capitalizing on our societal drive for capitalism for years. Look
at Apple, for example. Apple fans will line up a week before the next new iThing
release, only to have their iStuff outdated way too soon.
Or take Activision, which has released a new Call of Duty game literally every year
since its inception. The next one, Call of Duty: Black Ops 2, released Nov. 13, is the most preordered game in Amazon’s history, and there is another title planned for next year.
It makes sense. Last year, Apple’s gross income was $45 billion, and Activision’s was
$3.4 billion. That’s no small feat.
Still, I get a pretty sour feeling when shelling out another couple hundred bucks to
buy the latest tech thing. I can’t help but feel manipulated and wonder why they
couldn’t have put all these features in the last version. But still I buy it, because I
don’t want to miss out.
Why we keep buying in, I have no idea. I have a feeling that it’s only going to get
worse as our society grows ever more dependent on technology.

One Reply to “Capitalizing On Our Need For Capitalism”