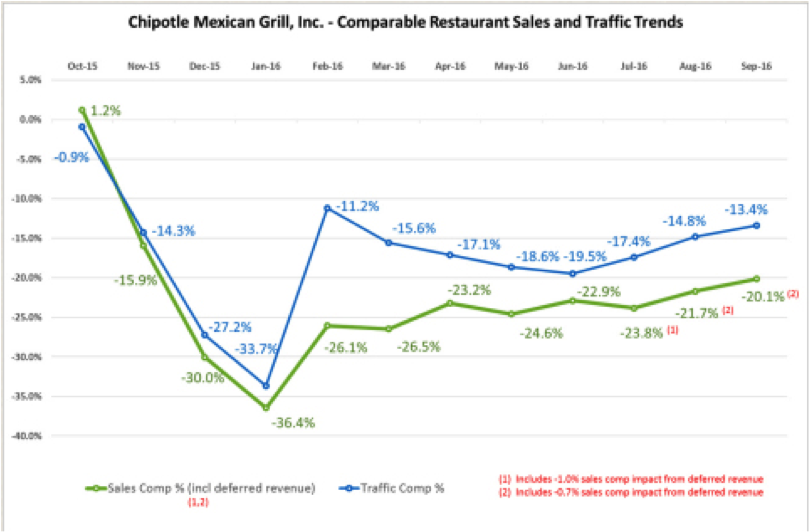 It has been about a year since Chipotle Mexican Grill’s first E. Coli outbreak surfaced and it is safe to say it has been a PR nightmare for the locally sourced food restaurant. On Oct. 31, 2015, 22 total E. Coli illness cases from Washington and Oregon were being investigated for their connection to Chipotle.

The scandal quickly grew as more cases surfaced across the U.S. in 11 different states. By January 2016, the specific illness was pinpointed to a strain of STEC, shiga toxin producing E. coli and had infected 55 people.

Sorry Chipotle, but the crisis was definitely not averted.

To this day, Chipotle’s sales are still far below what they were before the outbreak. On Oct. 25, information released that third-quarter revenue dropped nearly 15 percent. But not all hope is lost, their sales do appear to be slightly rising with each passing month.

Sales are rising because Chipotle’s public relations team has created multiple efforts to show that their number one priorities are customer safety and serving “food with integrity.”

On the company website, there is a new page called “food safety” that goes in depth about what Chipotle has done since the E. Coli outbreak to ensure customers of their safety.

Here is what is shown on the page: 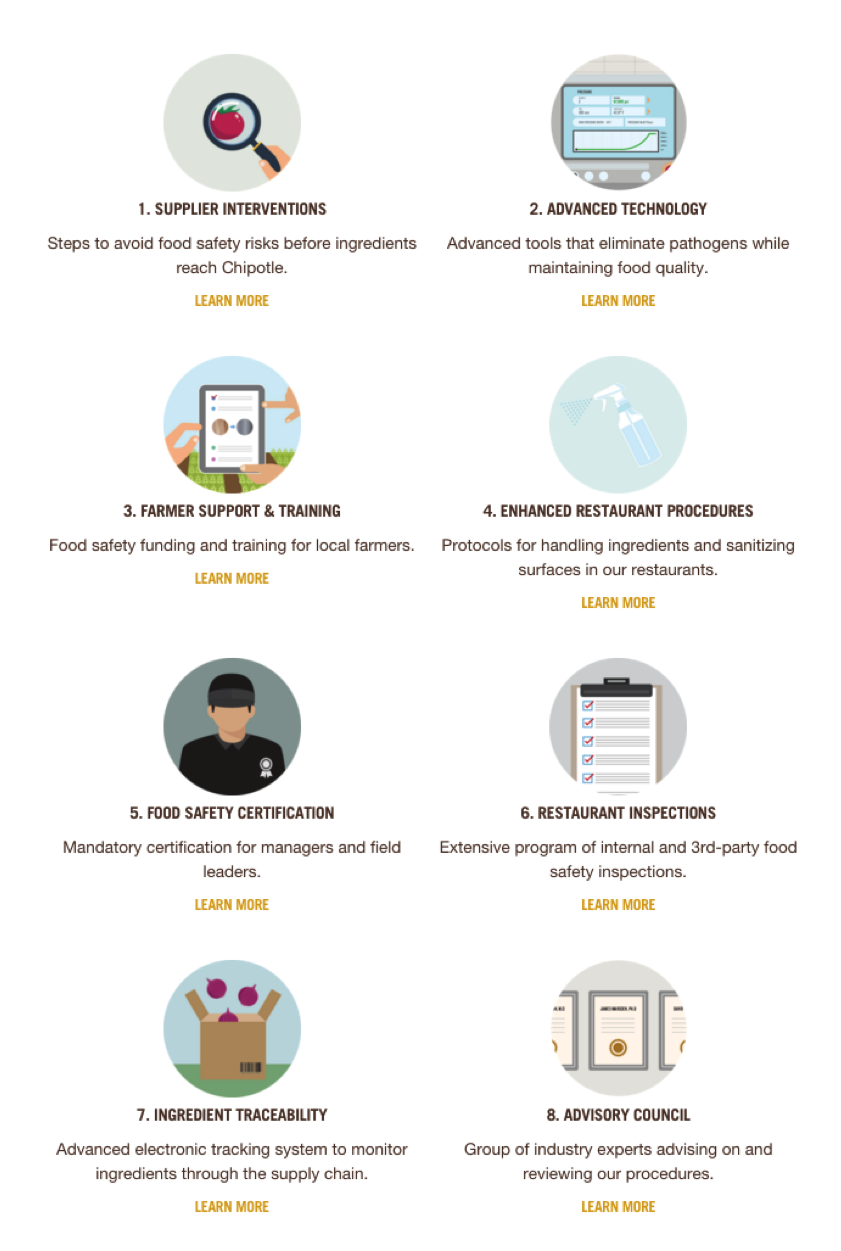 Chipotle has also created multiple promotions and offers to pull in more customers. For example, a matching game was recently released for users to play and win a buy-one-get-one free deal. 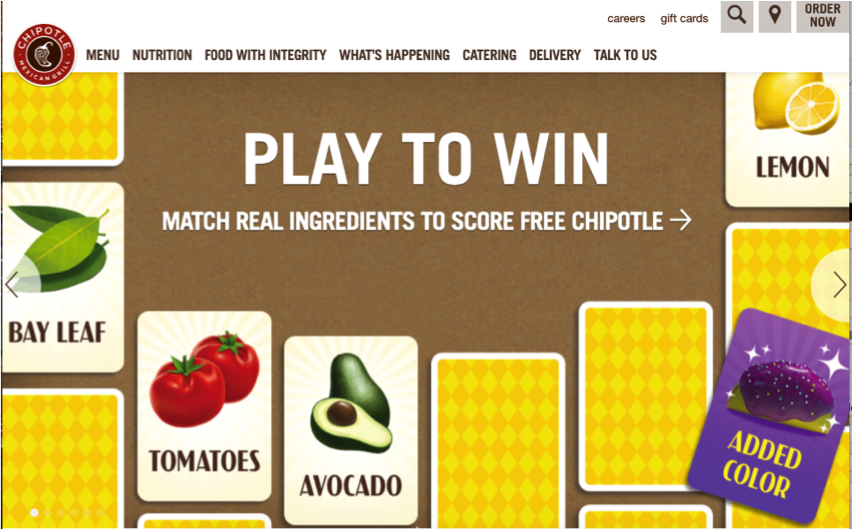 Over summer Chipotle also created their “Chiptopia” rewards program. The promotion rewarded customers who purchased food from July to September at least 4 times each month. The rewards included free food, merchandize and free catering depending on the status achieved.

On top of free promotions, Chipotle has continued to build their brand by releasing materials that connect back to their happy healthy food initiative. On the website there are countless videos showing how they make their food and they recently released a cartoon called “Ingredients Reign.”

All in all, I couldn’t be happier! As a loyal customer, all these changes and promotions have just reinforced the love I’ve always felt for Chipotle, and I’ve gotten multiple freebies! Who doesn’t love free food?!

Every step Chipotle has taken is helping them head back to the road of success. They are a great role model and learning opportunity for crisis management. It is clear now that they are probably one of the safest places to eat.