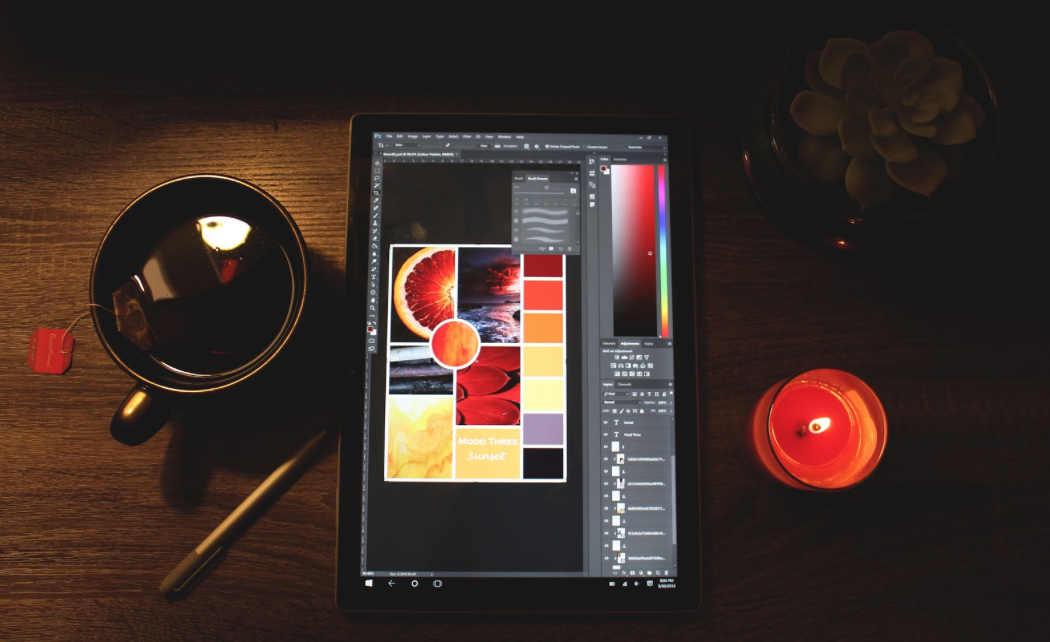 Starting college three years ago, I had a few very different ideas for the major I wanted to declare. I knew (or thought) I wanted to either be a nutritionist, psychologist, or dentist, none of which have anything to do with the major I am currently finishing my degree in today. As an 18 year old in my first year away from home I was confused and intimidated about the idea of having to pick a major that I would be doing for the rest of my life. I knew I wanted to make money and be happy, but didn’t know exactly what that meant yet. Now, three years later I am finishing my last few classes towards my bachelors degree in Graphic Design. I’ve learned a lot about who I am and what makes me a designer at heart, and there have been a few defining moments where a lightbulb went off in my head that insisted “you should be a designer!” These realizations led me to choosing Graphic Design and realizing that the little things that make me who I am were clues to what profession fit me and would maybe even make me money someday too. The following five tips led me to not only choosing design but realizing that design was a part of me. If you can relate to these in your own life, you may very well be destined to be a Graphic Designer.

I learned while meeting new people in college that I am a people pleaser, but in a good way. I like to solve people’s problems and am constantly communicating everywhere I go. Making others happy makes me happy. As a graphic designer I have found a passion for taking someone’s vision and making it come to life through design. I love watching a client’s face come to life when I present them with a final version of their ideas.

Everywhere I go, I notice color. Designers don’t only see the color blue, they see sapphire, teal, turquoise, and navy. Even the smallest difference in shades of color catch a designer’s eye. I am constantly noticing good color palettes, clashing ones, and ones I want to use on my next project.

Ever since I was old enough to go shopping I have been judging products by their packaging. I often buy things just because of uniquely designed packages. I even have a few empty bottles of wine in my kitchen that I refuse to throw away solely because I love the labels. Designers have an eye for what catches attention and sells a product, and what screams bad design. I’ve always believed that packaging is more than just wrapping a product, it’s about first impressions and getting a sneak peak to what’s inside.

From poster headings to body text in a book, typography is the character of any message. To the average person, a font is just a letter on a page, but to a designer, each font tells a story and has a voice. I remember visiting restaurants and scanning the menu, noticing an alarmingly weird typography choice while everyone else was deciding what to order. Graphic Designers know that typeface choices are vital to a design’s message and sometimes say more than the actual words on the page. If you spend a copious amount of time picking the perfect typeface, it’s a true sign you think like a graphic designer.

Ever since grade school, I’ve been intrigued by feedback. I’ve always had a way of taking constructive criticism and using it to my advantage. I always ask for people’s honest opinions on everything I do. Any feedback is one step closer to the solution. As a designer, you have to have tough skin when listening to someone else’s critique about a logo you just spent ten hours perfecting. To me, I never saw sugar coated criticism as anything but a waste of time. In order to grow and evolve a design, you have to accept that there may be a draft eight or nine in your future, but if you are excited and willing to re-do and revise, you think like a graphic designer!