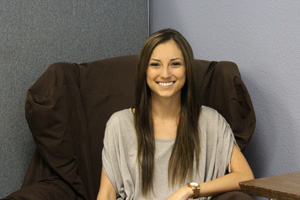 By Mandie Niklowitz, Online Communications Director
As I’m typing this from my computer in sunny California, it’s easy to forget that Hurricane Sandy has been wreaking havoc on the East Coast all week. But all it takes is one quick look at my Twitter or Instagram to be reminded of what the East Coast has been going through.
Sandy’s wrath began Monday, causing destruction from North Carolina to Maine and creating a social media frenzy.
#Sandy was the number one trending topic on Twitter Monday with more than 4 million mentions.
On Facebook’s Talk Meter, which measures conversations about specific events, Sandy scored an 8.34 making it the second-most popular topic of the year. Some of the most popular terms being used on Facebook were, “We’re OK,” “damage,” and “power.” There was also a Facebook group created for Hurricane Sandy Relief Efforts where users could share ways to help those in need and give each other words of support.
As of Wednesday, there were almost 1 million pictures posted on Instagram with the hashtags, #Sandy and #HurricaneSandy.
Sandy isn’t the first major news event to be covered by social media. When Hurricane Isaac hit earlier this year, similar Facebook groups and Twitter hashtags were created.
However, many believe Sandy is what will move Instagram to the big leagues with Twitter and Facebook. The mobile photo application, which was bought by Facebook for $1 billion earlier this year, has become the main destination for Hurricane Sandy photos.
During the height of the storm, Instagram users were uploading 10 pictures per second with the hashtag #Sandy.
CEO of Instagram, Kevin Systrom, told Forbes Magazine, “I think this demonstrates how Instagram is quickly becoming a useful tool to see the world as it happens–especially for important world events like this.”
I agree with Systrom, in today’s information-filled world, we pick and choose what we want to read. More than once I’ve found myself scrolling through Twitter or Facebook and not even reading half of the posts.
Instagram gives you a picture and a caption. There’s no extra fluff or fillers, yet scrolling through the #Sandy feed on Instagram says so much more than the same feed on Twitter.
It has always been said that “a picture is worth a thousand words,” and after seeing the aftermath of Sandy posted on Instagram, I couldn’t agree more.
For a full collection of Hurricane Sandy Instagram photos, visit Instacane.com, or if you would like to help with relief efforts, please visit RedCross.org.