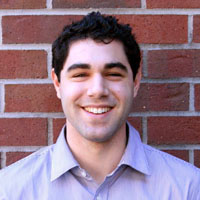 Paul Wilkie, Account Executive
In short, music is my life.
When I was 5 years old I was introduced to Pink Floyd’s “The Wall.” Ever since then music has dominated my existence. I’ve played in metal bands and listened to everything from Andrea Bocelli to Diddy.
I have seen teeny-pop stars rise to the top, underground musicians change music and Eminem win an Academy Award. It never occurred to me how much PR work goes into achieving stardom and maintaining that status. Now as a PR enthusiast and student, I am beginning to see what professionals in the music PR industry are doing to be successful.
We all know that without PR, huge names in music would most likely not exist. Britney Spears, Lil Wayne and virtually every popular name in music has used PR in some form to stay in the spotlight. We read about these tactics and see them in popular media magazines, websites, and major news engines almost every day.
Look at Lil Wayne’s PR team.
The kind of things that they need to deal with in order to keep the flamboyant rapper in a positive light is sometimes scary to think about. Rumors of hate speech directed toward women at a video shoot and a prison sentence for drug-related charges are examples of obstacles for Wayne’s PR team.
Yet in the end, good PR will win. His PR team buried the hate speech accusation and was able to use Lil Wayne’s prison sentence to relate to a wider fan base. They achieved this by releasing his latest album, “I Am Not a Human Being” while he was still in prison. The album sold 108,000 units according Lil Wayne HQ in its first week of digital sales.
PR helped develop Lil Wayne’s blog site Weezy Thanx You, and used his incarceration to gain fans who sympathized with his lifestyle choices. His PR team used Facebook as a channel through which Lil Wayne could talk to his fans more directly and so he could tell his fans specific ways they can show their appreciation. The synergy worked so well that in the end his fan base actually grew from serving a jail sentence.
Yet, I believe the real challenge in PR is bringing new, small artists to the top. It seems easy for big labels such as Universal Music Group to use their PR departments and practically unlimited resources to take a talented young artist from nothing to stardom. It is the small-time PR stints for nobody-bands that are probably the most difficult for PR professionals.
However, there is good news. It is becoming easier and easier for PR agencies to succeed in creating an image for their clients and gaining publicity. Through the use of MySpace, Facebook, Twitter and hundreds of other sites where music can be promoted, smaller bands and smaller PR teams are beginning develop good press without the help of big-time agency media lists. Social media websites are being used as a communication channel through which artists can speak with their fans more directly. All of this results in better rapport between the artist and the fans and helps overall publicity.
The world is saturated with new music. The advent of easy-to-use home recording equipment and creating music digitally is generating a boost in self-produced artists working out of their dorm rooms. The difference between a new artist making it big and a new artist not making it big could be the use of a solid PR professional or agency.
Many think using PR to help aid success is cheating in a way. The truth is, if an artist thinks they have what it takes to be big in the music scene, they will need PR. Young artists don’t have the type of contacts, strategic thinking abilities or communication skills that PR professionals own.
With the use of digital media channels and older styles of promotion such as radio interviews, commercial ads and clothing, PR professionals are more useful than ever.
The proof is irrefutable. PR and music go together like olive oil and balsamic vinegar. Whether it be maintaining an unruly artist’s image, or creating an unknown artist’s image, PR is integral in music today. So, if you love music and PR, you’re in luck. There exists a niche in the music industry perfect for the hybrid passion.
I’ll see you there.