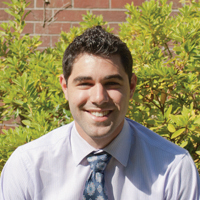 By Paul Wilkie, Account Executive
The days of lines outside Tower Records for newest hit releases are over. Not to mention, Tower Records lost its place in the music business years ago. It now rests quietly in the memories of old enthusiasts such as myself.

However, don’t despair, especially if you’re a public relations professional with a passion for music. The web and a tidal wave of do-it-yourself music software have made music production dynamic and simple. This enables more artists to produce more music every day.

Many up-and-coming artists now require innovative ways to get their music on the airwaves and into the ear buds of consumers ready to pay for their albums and song tracks. This is where PR professionals come in.

So, how should we be going about music promotion? Through the eyes of a shrewd up-and-coming PR professional (I’m talking about myself, of course.) the most obvious route is media channels. This includes print, video, online, radio and all of the other media we have been trained to manipulate.

Yet, in the era of Web 2.0, consumers want more. They want to interact with music, debate about music, be the first to hear music, and be the first to state their opinion in cyberspace. In other words: first person advocacy.

Some examples of these trends in the music release world are: studio footage, band blogs and tour promotional videos. These materials help bands, artists, labels and all others involved with publicity, and they increase the likelihood of obtaining advocacy.

One agency that is capitalizing on this interactive, advocacy-based Web front is Amp3 Public Relations. Their use of social media, video releases and other interactive platforms (including blogs) is exactly the route I believe the future of music promotion and release will take.

Although many artists will find hiring PR agencies like Amp3 useful in their campaigns to release, promote and gain fan base, the main issue is funding.

A path that many newbies on the music scene are taking is signing onto independent record labels. What are the advantages of this method?

Sumerian Recordsis an independent record label that enables bands in more obscure genres of music such as metal, progressive rock and hybrid forms of the two to spread their wings. The label does this by performing many similar functions that a traditional PR agency would.

Sumerian Records hosts its own YouTubechannel, Facebookand Twitteras tools to promote itself and the bands it represents. These platforms all cater to the interactivity that many consumers crave and the advocacy that bands need to be successful in new-age music releases.

One thing to look for is the steady increase of band-, label- and solo-artist-generated content on the Web. Although the media tools are readily available for anyone to manipulate, only those with a true understanding of PR will have the ability to stay on the cutting edge of Web 2.0. The future of PR in music is bright.