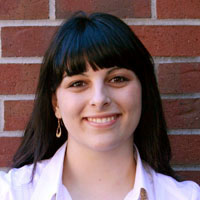 By Elizabeth Ghiorso, Account Executive
I openly admit my former hatred of Twitter. Before I got into public relations, my sentiments toward Twitter were similar to my sentiments toward Twilight moms: perplexity mixed with a dash of snobbish disdain.
While I still shamelessly scoff at tweets that include more than one “j/k” or “ROFL,” my education has helped me gain a healthy respect for Twitter as a means of information dissemination and networking.  Plus, I’ve got to confess: I really enjoy reading celebrity Twitter feeds.
Guess what. I’m not alone.
As of this post, Kim Kardashian had nearly 7 million followers on twitter, roughly the same number of followers as the number of people who live in the state of Washington. Those kinds of figures can’t be ignored. It’s definitely safe to say that Twitter has earned a spot in the social networking hall of fame.
According to an article on cbsnews.com, the Kardashians are now putting Twitter clauses into their endorsement contracts. In short, they’re charging money to tweet about things. While it’s more than slightly disturbing for me to think that anyone would pay upward of $25,000 to have Kim mention their company or product in a tweet, it is even more awe-inspiring to think about what this means on a grander scale.
Since its launch in July 2006, Twitter has been struggling to find a way to make money and only started turning a profit in the last year. Unlike Facebook, which capitalizes off the plethora of user information it access through profiles and voluntarily submitted data, Twitter has virtually no way to generate revenue for itself and it has even been rumored that the site could (gulp) disappear if attempts to turn a profit are unsuccessful.
The inherent mind-bender in this situation is that people like Kim Kardashian are making bucket loads of cash because of Twitter’s staggering field of influence while Twitter itself has only just started to pull itself out of the fiscal sick ward.
A report released March 28 from the research company GreenCrest Capital announced positive projections for Twitter’s economic future but, like most things in the financial sector, speculation is just that until the money actually starts to roll in.
So what would happen if Twitter went under? I have to say that I would be really sad to see it go. As I’ve become more educated about the site I’ve come appreciate it more and more. While I couldn’t care less about what you ate for breakfast or whether you had a successful trip to Forever 21, I do care if you have information about an internship that could benefit me or if you can provide live, first-person reporting from an ongoing news event.
Twitter definitely has value, just not the kind that keeps investors interested.
As for Kim and her crew, even if Twitter disappears I’m sure they’ll find a way to make due without their tweet money.