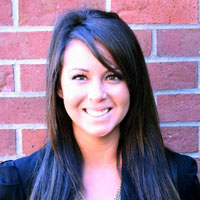 Last year, Nestlé spun the moral compass with social media. Greenpeace spoke against Nestlé for unethical practices associated with the production and manufacturing of its chocolate products. As a devoted chocolate lover, I was disheartened when I heard the news.

Greenpeace launched a shock ad campaign against Nestlé hoping to encourage a boycott of the company’s goods. Customers and fans alike were outraged after the YouTube video surfaced, which had over 90,000 views, exposing Nestlé for its deforestation practices and criticizing its small attempt at green practices with the Fairtrade Kit Kat.

Angry comments and pictures on Nestlé’s Facebook and Twitter then followed, from criticizing Nestlé’s business model to altering the Nestlé logo to reflect the company’s practices. A Nestlé intern in charge of the company’s corporate fan page responded rudely on Facebook, deleting these messages and making questionable comments. This was a counter-productive effort by Nestlé and disrespected its consumers.

The main issue in this case is the social networking crisis that Nestlé found itself in. Nestlé’s website states that the company is “conscious of the fact that the success of a corporation is a reflection of the professionalism, conduct and the responsible attitude of its management and employees,” but the recent disaster shows that Nestlé needs to control its online presence.

Marshall Strategy, a well-known firm in San Francisco, knows the importance of managing these networks.

“Without clear corporate and brand strategies, companies risk diffracting their message and weakening their corporate or brand image with every blog, tweet or posting,” said Philip Durbrow, CEO of Marshall Strategy.

By deleting comments and responding negatively to fans online, Nestlé has found itself in this vulnerable state and has been accused of hiding behind “PR spin.”

While social media is still a concept that businesses are trying to incorporate, this is a great example of how companies need to learn how to use it to benefit their company and how to regulate it. Companies that have not yet utilized the social media tool should take this as a cautionary tale, showing that the implementation of policies for online conduct is crucial.