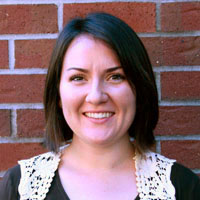 A couple of years ago when I was touring California colleges looking for my perfect fit, I was sold when I learned Chico State has a glass studio on campus. On an average walk through the doors of the shop you can feel the temperature jump about 20 degrees and the adrenaline starts rushing.

Class was about to start one Tuesday and my professor, Robert Herhusky, was preparing for a demo that would become a donation for a fundraiser to support Japan after the recent earthquake. In preparation for the demo, he used chalk on the concrete floor to outline all of the major steps he would go through while making the plate.

Once everyone was on board, the glass blowing began. Herhusky dipped into the furnace holding up to 300 pounds of molten glass at 2100 degrees for his first gather of glass.

After an hour of working and several sweaty bodies to prove it, the plate was created and placed into the annealer where it would hold the temperature at 900 degrees and slowly come down to room temperature. The whole process could not have been completed without a group of assistants.

When the bubble of glass was at its prime it weighed about 50 pounds and radiating massive amounts of heat. At this time several people would be working simultaneously.

While Herhusky was shaping the glass, a student named Kyle was blowing air into the bubble, another student named Sean was turning the pipe, Crystal and Sara were shielding heat, and Stephanie was opening the door to the glory hole to add some more heat to the glass.

Glass is such temperamental medium in which one wrong move can ruin an hour’s worth of hard work. This is only one of the many examples of how crucial having clear communication skills can be utilized in all kinds of different life situations.