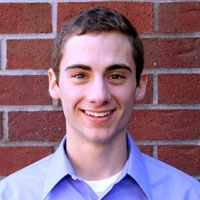 I have always assumed computers would one day take over the world. The combination of an overactive imagination and seeing movies like “The Matrix” and “Terminator” at an inappropriately young age made a future of enslavement to machines seem like a pretty logical idea.

It was exciting then to watch the computer take an enormous step closer to enslaving the human race as IBM’s “Watson” computer competed–nay, dominated–on the “Jeopardy!” IBM Challenge.
As a student of public relations it was also fascinating to see how IBM used the competitive stage of a game show to communicate and establish its dominance in technological innovation.

The challenge was straightforward: create a machine that could understand the fluency of natural language and beat human competitors at TV’s premiere quiz show, without being connected to the Internet.

The difficulty for IBM’s engineers was to develop a machine that could understand all the nuances of the human language that are lost to traditional search methods. This meant creating a system that could understand ambiguous questions, puns, double entendres and every other complexity that bags of flesh like us can easily interpret.

I was beyond excited when I first heard of the “Jeopardy!” IBM Challenge. Nerdy though it may be, I love “Jeopardy!” It is one of the few game shows on TV that consistently offers stimulating entertainment, regardless of how many completely wrong answers I shout out.

As Watson answered question after question correctly, I was at the same time amazed, horrified and inspired by the technology. The possibilities for computers to understand human language seem infinite. This would allow the streamlined search of written materials that would help us search for answers to questions rather than just key words.

It was these possibilities that IBM highlighted during the “Jeopardy!” broadcasts. Between rounds viewers were given an inside look at the development of Watson that featured interviews with researchers at IBM.

These fantastically bright individuals made it seem as though through research on Watson and similar systems, all of the world’s problems could be solved. Their message was very well crafted and succeeded in making me believe in their company’s vision.
I
t was clear that the focus throughout the three-day challenge was on IBM. As a PR move, featuring Watson on “Jeopardy!” was a creative strategy. It gave IBM a platform to establish its place as a relevant technological innovator in an industry that is evolving at an incredible rate. It also gave them a chance to personify themselves and connect with their audience on a level that is difficult for most large technology companies.

It may be some time before Watson becomes self-aware and decides to use its power to destroy the human race. Until then, it is up to us to take note of IBM’s message and use innovation to keep moving forward in everything we do.