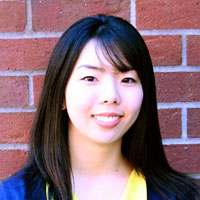 I could count the number of people in the room on both hands, including the employees. To say the event was a bust would be an understatement.

I had been invited to my friend’s show through Facebook, and it was embarrassing how few of the invitees showed up.

So often we are bombarded with messages about how social media is the answer to all of our marketing problems, but the truth is creating a Facebook event won’t make it a success. We need to put in the leg work to make it happen.

My friend failed to promote his event well, but hey, he’s a musician, not a PR pro. Here are some of the things that went wrong and some ideas of what could be done next time to make the most out of social media for your event.

Branch out
While Facebook is a good start, there is a big wide world of social media out there. My friend is still a Twitter hold-out, but using other platforms that have different advantages can help you reach new audiences. Facebook fans, Twitter followers, foursquare friends: they’re like Pokemon–you want to collect them all.

Use your friends
OK, maybe that sounds bad, but your legions of friends, fans and followers are there for more than just an ego boost. Your contacts can be a great asset for promotion. Don’t just ask your friends to attend–ask them to ask their friends. This can include having them use hashtags, reblogging, sending invites, etc. Word of mouth is a strong tool, and personally, I’m much more likely to show up if I have a buddy committed to going along with me.

Keep up
Now that you have a plethora of accounts with followers, you have to maintain them. Ugh. Luckily, this daunting and time-consuming task can be made easier with social media management tools. You can monitor and update all your accounts from one place. Many even offer the capability to schedule posts, so if you don’t have a buddy to live blog and live tweet the event for you, it can actually be done in advance. Never again will an account be ignored.

Wrap up and reflect
The event ends, and naturally it was a hit. The work shouldn’t stop quite yet. Tell everyone how the event went, blog about the fun you had. Post videos on YouTube or Vimeo to let people reminisce or regret not going. Finally, ask for feedback from attendees so you can make your next event an even bigger success.